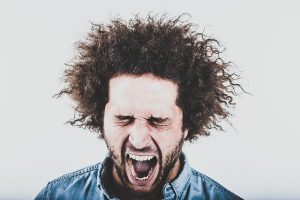 Averaging 250 shows per year, 10 countries, at least 10,000 hours playing music, countless satisfied fans, and about 1 million beers kicked, the past decade has been nothing short of an odyssey for Andy Frasco & The U.N.

In 2016, this wild musical journey culminated with a three-hour headlining set in front of 15,000 people at Jazz & Blues Festival in Bamberg, Germany. The evening marked a handful of firsts. It would be the first time the band performed its entire catalog during one show, and it would be recorded for their first-ever live CD/DVD—2017’s Songs from the Road: Live in Bamberg. In many ways, Andy had been working towards this evening since he quit his record label job at 19, bought a van with his remaining Bar Mitzvah money, hit the road, and never looked back…

“I always wanted to do a live album,” he exclaims. “I didn’t want to play some cliché venue though. When I started booking shows for the band in Europe, Bamberg was actually the first place that threw us a bone. We decided to take over this town, throw a block party, showcase everything we’ve done, and see if anyone shows up. All of a sudden, the whole town is there. In this last decade, I’ve played every dive bar you can imagine. It was like we finally manifested all of the dreams I’ve had for my entire life.”

Songs from the Road captures the magic inherent in an Andy Frasco show. Throughout the set, the chemistry between the musicians and sonic unpredictability power every second. Among many standouts, the group slowed down “Main Squeeze” from 2014’s Half A Man into a sultry and seductive “Soul Version” highlighted by Andy’s bluesy delivery, hulking keys, and a virtuoso saxophone solo.

“That was the first song I ever wrote as a kid,” he recalls. “It started as a slow ballad, but we sped it up over the years for festivals. We went back to the original incarnation here.”

Elsewhere, the group locks into a show-stopping 20-minute jam during “Struggle” spiraling into drum and guitar battles. Meanwhile, “Smoking Dope n Rock n Roll” and “Stop Fucking Around” incite raucous and rowdy singalongs between crowd surfing to a barrel of wine—you have to see it to believe it. These moments hint at something much bigger for Andy though.

“It made me like I’m not just an entertainer, but I’m becoming a musician,” he admits. “To see all of these Germans who barely speak English singing my songs made me feel like I’m doing something bigger than me. I tell everyone, ‘Whatever’s going on in your life, don’t worry about it. I don’t care how broke or tired you are, let’s just come together and celebrate life.’ If we can get the audience out of their heads for two or three hours, we’ve done our job to make this world happier.”

Stirring up a simmering stew of soul, funk, rock, roots, Americana, and blues, Andy continues to musically intoxicate listeners worldwide. Releasing five independent full-length albums to date, the boys have shared the stage with everyone from Leon Russell, Dr. Dog, Joe Walsh, and Gary Clark, Jr. to Snoop Dog, Galactic, Pepper, Foreigner and more. A festival favorite, they’ve ignited Firefly, SXSW, Wakarusa, Electric Forest, Backwoods Music Festival, Phases of the Moon, and beyond. Along the way, they earned acclaim from Relix, Pollstar, Live for Live Music, SoundFuse, and others in between cracking 2 million cumulative Spotify streams.

As they begin recording album number six with producer David Schools of Widespread Panic, Songs from the Road confidently opens up the next chapter of Andy Frasco & The U.N.

“At the end of the day, I want people to know we’re a band that can entertain, but we write good songs,” he leaves off. “We have fun, but we take this super seriously. We’ve dedicated our lives to this. This is my life destiny to make everyone feel good. That’s my job on this planet for the next thirty or one-hundred years that I’m alive. It’s what I plan on doing.”