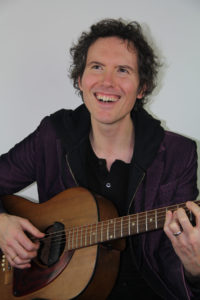 Byron Isaacs, who records and tours with The Lumineers and was one of the founders of Ollabelle, is releasing his first solo album, Disappearing Man. The album was co-produced by Hector Castillo (David Bowie, Bjork, The Brazilian Girls) and Brian Cullman (Lucinda Williams, Ghazal) recorded at Castillo’s studio in Brooklyn. Disappearing Man will be released June 12 on the Cosmic Trigger label.

Byron Isaacs improves every musical situation he wanders into. Like Jim Dickinson and Al Kooper, he brings whatever song he’s working on into clear relief, puts a frame around it, and gives it a shine and a sparkle.