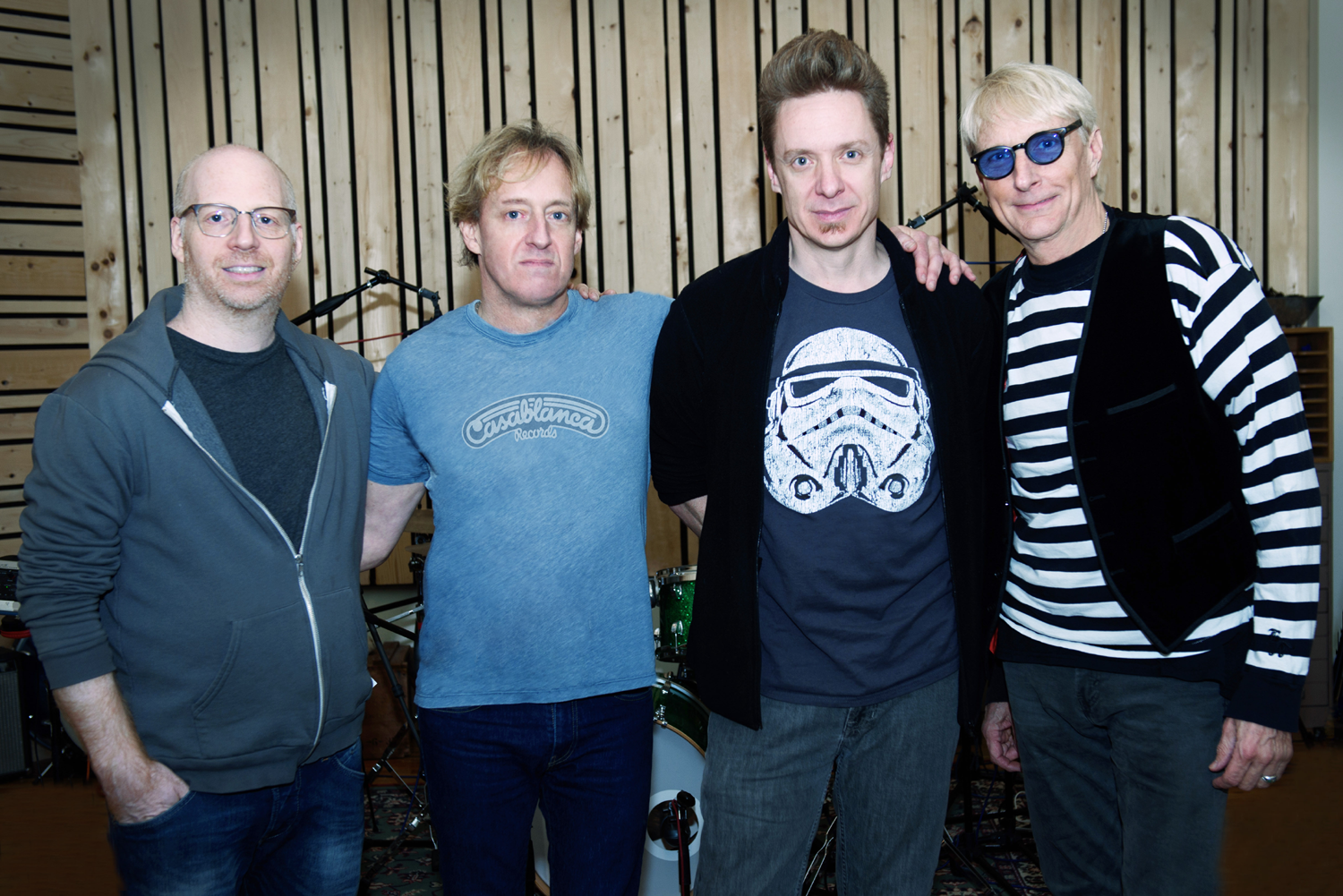 February 22 marks the release via Mutant Cat Records of the debut from Mark Feldman’s LEVEL5, an evolving collective of top-drawer New York Musicians. The Sybil EP was recorded with all-star line-up of guest musicians including Oz Noy on guitar, Will Lee on bass, Adam Klipple on keys, and Feldman on drums.

The Sybil EP is an instrumental feast, filled with catchy funk with prog twists and turns. Oz Noy wrote all the compositions and Feldman titled them. “I named the tunes using the feeling that I got from listening to the songs that Oz was writing,” Feldman says. “For example, the tune ‘Sybil,’ which jumps from chilled out funk to aggressive rock in a heartbeat, reminded me of the moodiness and unpredictability of some people I’ve known. The tune ‘Jabber Jaw’ sounds like a fiery argument between a couple, and ‘Swagger’ made me think about the sensual saunter of an old flame.”

The EP was also a bit of therapy for Mark, who used its creation as a way to let go of some baggage he collected during tumultuous past relationships. According to Feldman, “It’s a musical representation of some of the trials and tribulations of romance. The name ‘Sybil,’ and the depiction of her on the EP’s cover represent a fictional character who is an amalgamation of several of past acquaintances.”

“It’s no joke,” Mark says, “my shrink told me I had to let go of the past and releasing this EP was part of my therapy. I feel a lot better now!”

Feldman first gained attention in the music world as one of the winners of Modern Drummer Magazine’s very first drum solo contest judged by legendary Rush drummer Neil Peart. In the pages of Modern Drummer, Peart wrote that Feldman’s playing was “technically and rhythmically quite sophisticated.” “It was mind boggling to pick up the magazine and see Neil Peart writing about me,” Mark says. “After all, he is one of my musical heroes. It was a surreal experience.”

“I was also a huge fan of Jeff Beck’s instrumental albums, ‘Blow by Blow’ and Wired. In fact, it was those albums that I had in mind when I put this band together. Guitar, bass, keys and drums is the instrumentation on those albums and that was the model for this line-up — it’s a classic rock fusion set-up.”

Of course, with those albums in his mind’s eye, the musicians had to be stellar, and so Mark (an industry insider whose worked at major labels) recruited Oz Noy on guitar, Will Lee on bass and Adam Klipple on keys for these recordings. “These guys are some of the best players in the world,” Feldman boasts. “I love playing with them. The musicianship on the EP is ridiculous—I’m completely stoked about the way everyone played.”