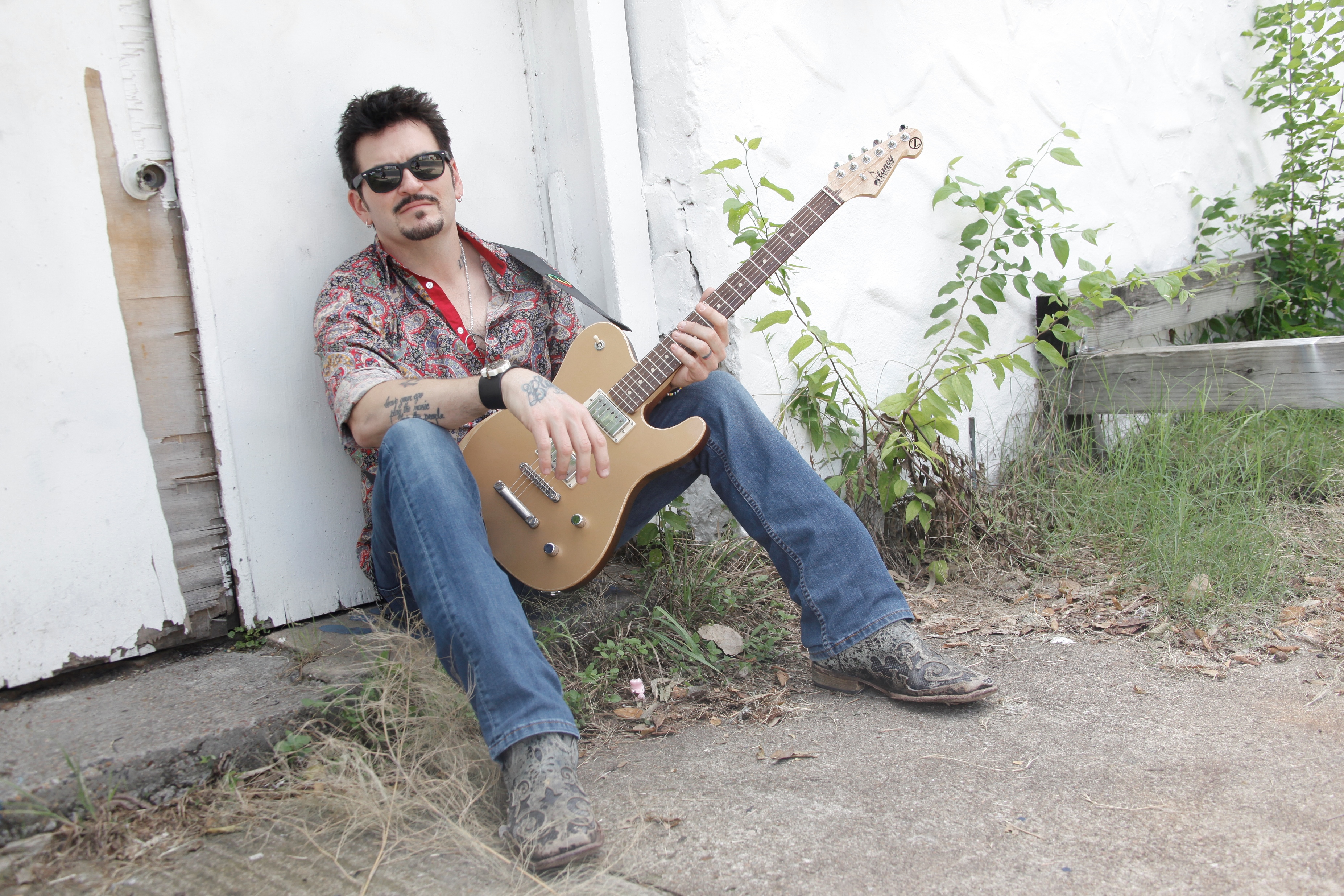 Being released November 18 on Ruf Records distributed by the In Tune Music Group, Make Blues Not War is blues guitar gunslinger Mike Zito’s second release since leaving the mighty Royal Southern Brotherhood (Cyril Neville, Devon Allman, Yonrico Scott, Charlie Wooton). It’s his 13th album overall and perhaps the most energetic of the bunch. “Make Blues Not War is a really fun album,” he says, “chock-full of blues with lots of guitar playing. It’s a very upbeat record with intense energy. Blues should make you feel good, and I think this record serves the purpose well.”

That atmosphere of positivity began at the album sessions, as Mike tracked alongside Grammy Award-winning producer (and co-writer) Tom Hambridge at the Sound Stage Studios in Nashville, Tennessee. “It was so much fun,” Zito remembers. “It’s a completely live album, where the musicians all set up and we just hit record and went for it. The energy was awesome and sometimes we’d just be laughing so hard because it was all so intense and exciting.”

As the momentum gathered, the songs coalesced with an awesome flow, Mike painting in every shade of blue, from the frantic six-string showboating of “Crazy Legs” to the growling slow-burn of “Red Bird” and the smoky slide work on “Girl Back Home.” “It was time,” he says, “to get back to the blues and playing my guitar. Tom and I had spoken about making a kick ass blues-rock album for years. I like having fun and cutting loose – that’s what this album is all about. “Chip Off The Block” was written for my oldest son, Zach Zito, who is the featured guitarist on this track. It’s his first introduction into the music world and he did a great job. I couldn’t be more proud of him. He graduates college next spring and joins me on tour in summer – I can’t wait.”

Meanwhile in his lyrics Mike searches for the silver linings in a troubled world. “I love writing songs and sharing deep feelings,” he says. Zito describes “Road Dog,” the album’s wistful slow-blues travelogue as, “the most serious tune on the album. It’s about the drama of life on the road. I know it can seem clichéd sometimes, but it’s the life I lead. I miss my family, miss my wife, but this is what I do. I always leave.”

Mike has spent over two decades on the run. He grew up in a hard-scrabble, blue-collar home in St. Louis, but after an early job at a downtown guitar shop exposed him to heavyweights like B.B. King, the Allmans and Eric Clapton (then the music of Joe Pass, Robert Johnson and Blind Willie Johnson), he set out to establish himself as a working musician. By 1997, Mike had released debut album Blue Room, and seemed to be going places. “The first time you hear yourself,” he recalls, “you think, ‘Wow, that almost sounds like music!’”

Then came the bumps in the road. By the early 2000’s, alcoholism and drug abuse were threatening to rob Zito of his livelihood and talent, a period starkly addressed on the title track from 2011’s acclaimed Greyhound album. “I just couldn’t stop,” he admits. “And a lot of the opportunities that I had back then – they kinda went away.”

Thankfully, the epiphany of meeting the woman who would become his beloved wife put Mike back on the right path. In 2012, he found fresh inspiration as a member of  the A-list lineup of Royal Southern Brotherhood, then struck out with acclaimed solo albums Gone To Texas (2013) and Keep Coming Back (2015).

“I have many more hurdles to jump and more goals to strive for,” he says, “but I’m very pleased and thankful with how I’m developing as an artist.” This is powerfully demonstrated on Make Blues Not War, another step forward for this long-suffering disciple of the Blues. “I’m so proud of this new album,” says Mike. “It’s about the enjoyment I get when I listen to Johnny Winter and Muddy Waters, Stevie Ray Vaughan and Luther Allison. Their music makes me happy and reminds why I wanted to play guitar and play the blues. To be free and honest, loud and proud. I hope everyone enjoys listening to this album as much as I enjoyed making it…”

Modern life moves fast. Rolling news. Rapid-fire tweets. A relentless barrage of (mis)information. Make Blues Not War is an album that demands you sign out, log off and turn yourself over instead to the old-fashioned pleasures of great music. “We hear about everything 24/7 now,” says Mike Zito. “The news never stops and it’s all become propaganda. But when you turn off the news and turn on some blues, the world is a beautiful place. I think music is the cure for all ailments. Always has been. Always will be.”