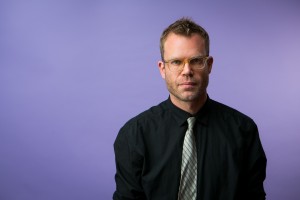 Carolina is the sixth studio album from “Slowcore” progenitors Spain. The album was recorded at producer/mixer Kenny Lyon’s apartment/studio at the Gaylord Apartments in Koreatown. Drums were tracked at drummer, Danny Frankel’s house in Joshua Tree. Carolina will be released by Glitterhouse Records in the U.K. and Europe, and by bandleader Josh Haden’s Diamond Soul Recordings everywhere else in June 2016.

The site of the recording, the Gaylord, is one of the most historic buildings in Los Angeles. Haden’s father, the famed jazz bassist first saw Ornette Coleman play at a club that used to be around the corner. Robert Kennedy was killed at The Ambassador Hotel across the street.

“Slowcore” progenitor Spain was founded in Los Angeles by Josh Haden (son of the late groundbreaking jazz bassist Charlie Haden) in 1993. Their debut album, The Blue Moods Of Spain, was released in 1995. The band garnered a devoted cult following and they toured extensively in the U.S., Europe, and Australia. They performed on French TV, and opened for Cocteau Twins during their final U.S. tour. Spain’s song “Spiritual” was recorded by Johnny Cash on his Grammy-winning, Rick Rubin-produced Unchained, and by Charlie Haden and Pat Metheny on their Grammy-winning Beyond The Missouri Sky.

Spain’s 1999 sophomore CD, She Haunts My Dreams, recorded on an island in Sweden, found the band headlining large venues across Europe. Spain’s song “Every Time I Try”, was written for Academy Award-winning director Wim Wenders’ film The End of Violence, and the song “Our Love Is Gonna Live Forever”, the closing track of She Haunts My Dreams, was featured prominently in an episode of the HBO series Six Feet Under. Spain’s third CD, I Believe, was released in 2001, after which Haden took an extended break from the band.

In 2007 Josh reformed Spain with members of his live solo band. 2012 saw the release of Spain’s first full-length album of new material in over ten years, The Soul Of Spain (Glitterhouse). In late 2012, Omnivore Recordings released all three of Spain’s previous records on limited edition vinyl.

Sargent Place (Dine Alone & Glitterhouse), the band’s fifth studio album, was released in 2014. Dubbed “dark mysterious glamour” by Q Magazine, with its lush soundscapes Sargent Place was a return to form for the iconic band. It was produced by Gus Seyffert and features performances by Josh’s sister, Petra Haden, and contains the final recording by Josh’s father, jazz legend Charlie Haden.