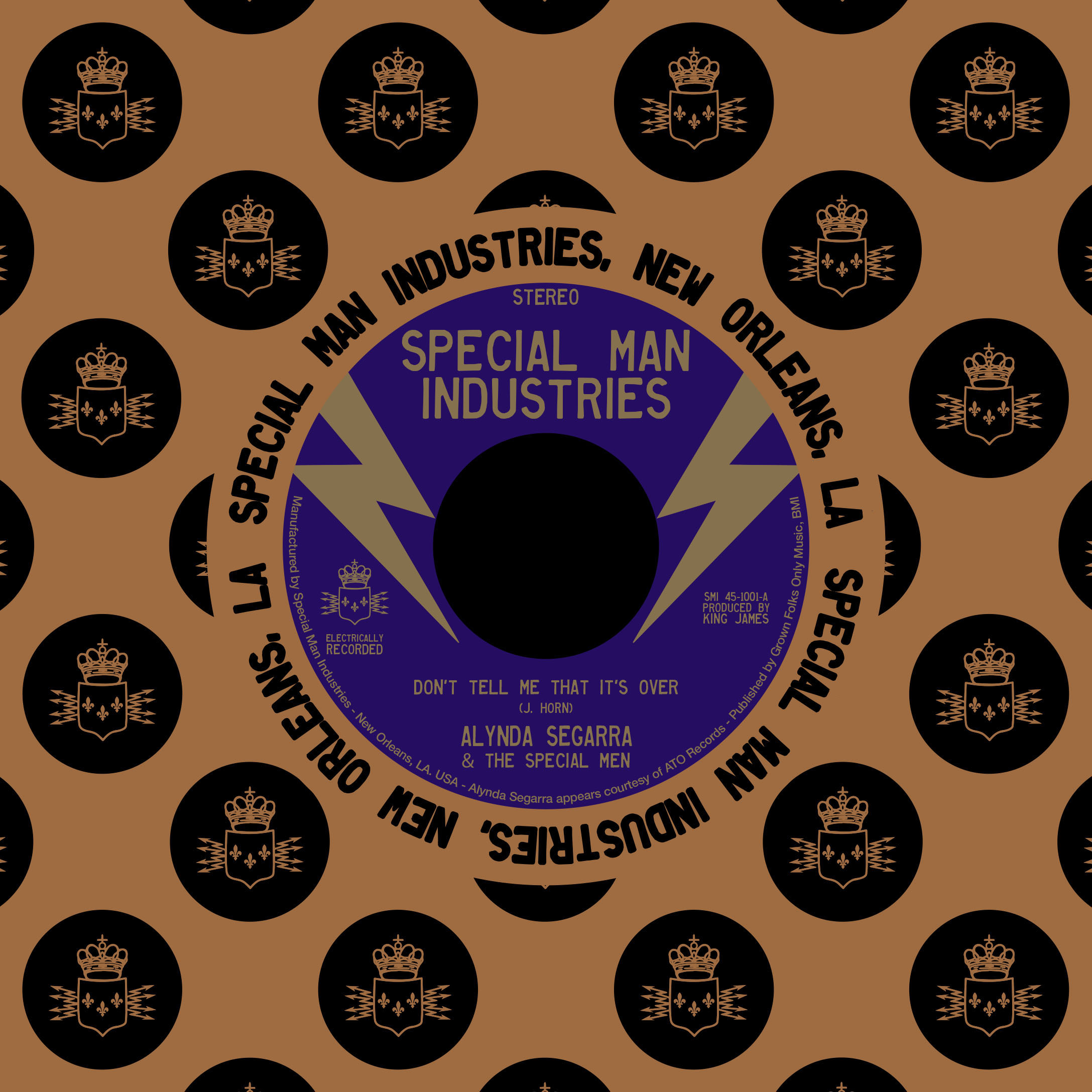 McCalla is the fourth artist to record for Special Man Industries following King James himself, Alynda Segarra, then Louis Michot, with King James, aka “Jimmy” at the helm as producer.
“’Eh La Bas’ is one of the oldest songs in the New Orleans canon,” King James points out, “and Leyla McCalla has returned it to its original kreyol for a forward-looking return to the roots of New Orleans music.” Following the recording sessions for “Eh La Bas,” McCalla asked King James to produce a whole album for her with the Special Men as backing band and the resulting record, The Capitalist Blues, has just been released to universal critical acclaim on PIAS. On March 5, NPR’s World Café will feature Segarra, McCalla, Michot and King James performing with the Special Men in a special Mardi Gras edition.

Leyla recounts: “I met Jimmy Horn of the Special Men a few years ago through Scott Aiges, the director of the Jazz and Heritage Foundation. Scott connected us through JazzFest thinking that it would be a good match for an off-the-beaten-path JazzFest show. A couple of years after our initial meeting, Jimmy told me about a record he was working on featuring guest New Orleans singers. He asked me if I would be interested in participating and would I be willing to sing the classic Creole New Orleans tune ‘Eh Las Bas.’ This was particularly exciting for me as it’s one of the few times that I could arrive somewhere with just my banjo and my voice. A few days before the session, I was researching all of the versions of ‘Eh Las Bas’ that I could find and came up with a version that drew from Danny Barker, the Preservation Hall Jazz Band, to Kid Ory with a Haitian-sounding banjo lilt. I was particularly struck by the 1956 version of the song byLizzie Miles whose New Orleans Creole was super rhythmic and playful. My favorite line that she sings, about a “gran zozo” was especially fun to sing. I surely hope that we were able to illuminate the spirit that she brought to the song!”

Special Man Industries’ mission is to develop, produce, and distribute New Orleans’ finest sound recordings for the world’s most discerning listeners. “We aim to represent the wild spectrum of genres that have germinated and flowered in the rich soil of New Orleans and its surrounding areas, with an understanding that we are on the northern side of a cultural phenomenon centered in the Caribbean,” says King James. The initial releases were King James & the Special Men’s album debut last year, Act Like You Know, then Segarra’s single earlier this year, then Michot’s 7” followed up by a single from world-renowned recording artist Leyla McCalla early in 2019.

“Like Dave Bartholomew and Cosimo Matassa or the Meters and Allen Toussaint before me, like the Skatalites and Studio One, the Swampers in Muscle Shoals, Booker T. and the MGs at Stax, the Hi-Records Rhythm Section, the Funk Brothers at Motown, the Wrecking Crew, etc…we’ve got the label, the studio, and a wicked house band,” Jimmy says. “ “I handle the band, the arrangements, and the production while my partner extraordinaire, Goat (long-time sound engineer for Maceo Parker, the Meters, the Neville Brothers, Steel Pulse, Big Freedia, Soul Rebels) handles all the engineering and other technical matters. He is the real deal! We live three blocks from one another and we create on a constant basis.”

Despite Jimmy’s foundation in vintage R&B and Rock & Roll, his goal for Special Man Industries Records is not nostalgic. “I’m making new music with my band and all these artists,” he says. “I wasn’t raised on going to concerts and having dreams of doing arena tours. I was raised on RECORDS and dreamed of being like Tom Dowd, George Martin, Eddie Kramer and Jimmy Page!” Jimmy and Goat are recording Brass Bands, Rock & Roll, Cajun and Zydeco, Mardi Gras Indians, R&B, Hip Hop, Punk Rock, and all kinds of other sounds bubbling up from the fertile Louisiana ground. “The music we specialize in is the music of the New World, American Music.” King James explains, “A proper study of the New Orleans canon reveals that it is the foundation of all the styles regarded as essentially American Music, which is what we specialize in; that is what I am an expert on. That is what I play.”