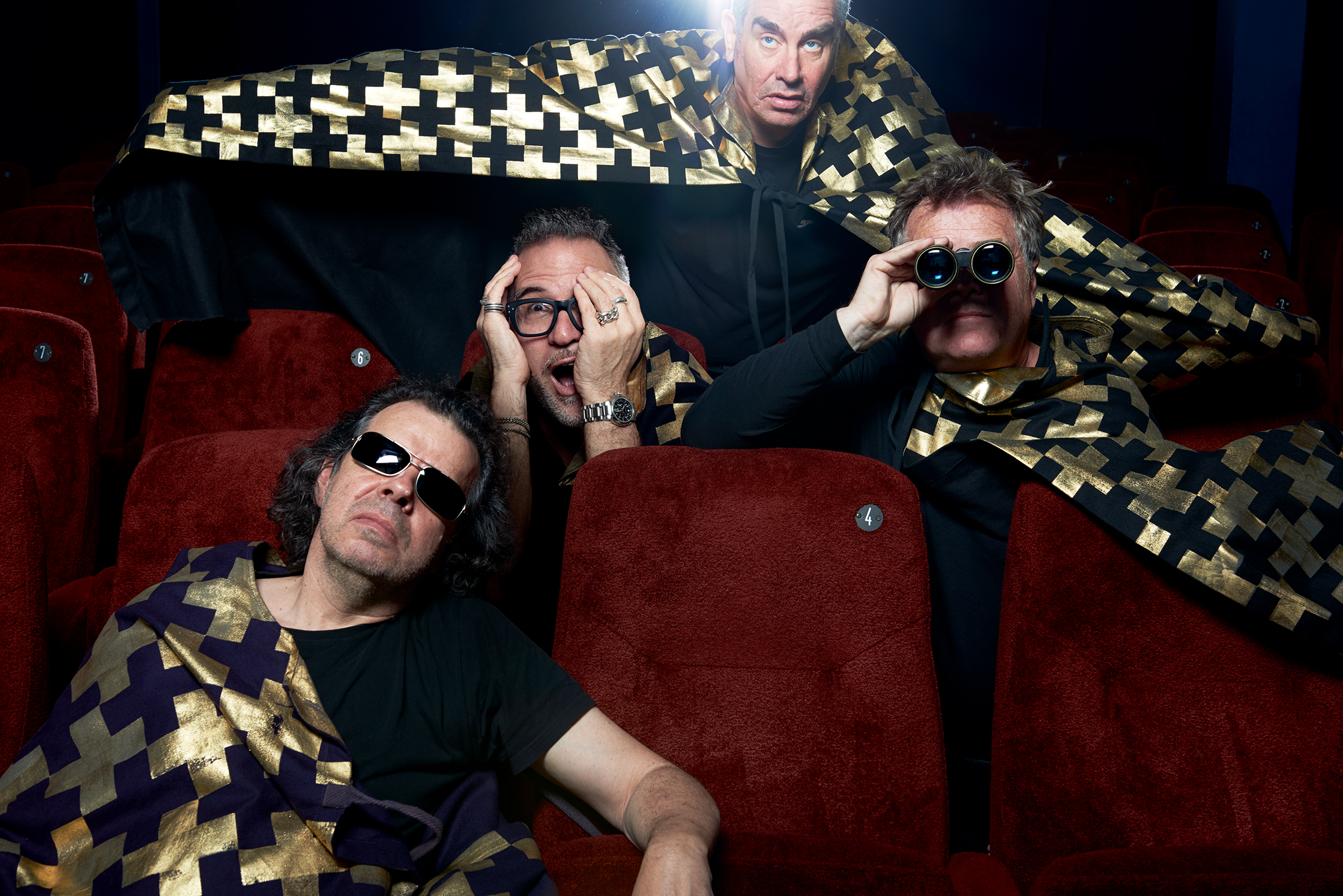 Legendary post punk provocateurs The Pop Group have announced details of a brand new studio album. Honeymoon On Mars will be released through Freaks R Us on Friday October 28th 2016.

Produced by dub titan Dennis Bovell, who worked on their seminal Y album debut, and Hank Shocklee, producer of Public Enemy’s seminal first three albums as a member of the Bomb Squad. Bovell has produced the bulk of the sessions while Shocklee took the helm on City Of Eyes, War Inc. and Burn Your Flag.

With Honeymoon On Mars The Pop Group open another chapter at a time when their iconoclastic contention is needed now more than ever. It’s a record that finds the band unwaveringly incensed and resolute in their mutative sense of innovation, as Stewart elaborates: ‘it’s a stand against manufactured hate, a hypersonic journey into a dystopian future full of alien encounters and sci-fi lullabies’

Recorded and mixed in various studios in early summer of 2016, working with Bovell and Shocklee the band realised a dream twofold collaboration, as Stewart concludes: “We’ve at last fulfilled a double fantasy to work with our two favourite sonic assassins, Dennis ‘Blackbeard’ Bovell and Hank Shocklee.  We’re in awe as Dennis, the Captain Kirk of dub is taking us on a hyper sound voyage into the future, and Hank, as always tears up the rules totally upholding our faith in the absolute value of noise.  We’ve gone completely off the map.”

Talking about working with The Pop Group, Shocklee said: “The Pop Group sound has a level of freedom, fun and creative musicianship in their recordings that is a special and rare find in today’s world. Their uncompromising spirit to be themselves and not worry about fitting into a musical box, sets them apart.”

Long-time collaborator Bovell added: “It’s been a great pleasure to be working with the guys again. They are truly beyond good and evil.”

Since reforming for a specially curated ATP festival in 2010 – at the behest of Simpsons creator Matt Groening – the band have been industrious in their reactivation. Following an ambitious reissue programme in 2014 with the re-release of We Are Time and an archival collection of previously unreleased material entitled Cabinet of Curiosities, the band released their first new studio album in 35 years, Citizen Zombie, to critical acclaim in February 2015. Citizen Zombie was produced by long-time admirer Paul Epworth (Lorde, FKA Twigs, Adele, etc.),

Their long out of print second studio album, For How Much Longer Do We Tolerate Mass Murder? was reissued earlier this year followed by an official live bootleg The Boys Whose Head Exploded, that came with a bonus DVD of rare performance footage from the Don Letts Punk Rock Archives.

Finally, they undertook their first proper worldwide tour around the release of Citizen Zombie, a stretch which included dates in Japan, Australia and America, an acclaimed two night stint in New York, multiple showcases at the SXSW Music Festival, a seven night run across the UK culminating in a sold-out gig at The Dome in Tufnell Park, London, a slot on the John Peel Stage at Glastonbury and memorably charged performances at Iceland Airwaves, Le Guess Who in Utrecht & Belgium’s Sonic City festival.

The Pop Group will be performing a rare stint of dates across Europe this November with dub maestro and producer Dennis Bovell at the controls.