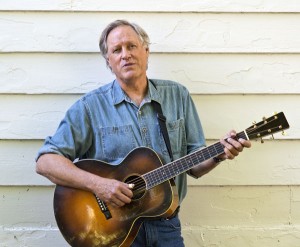 In honor of his 70th birthday (March 13), three-time Grammy winner Tom Chapin is releasing a new solo album 70 that takes the listener on a great ride through the full range of American folk, roots, and singer/songwriter experience. With over 50 years of performing, 40 years of social activism, and 30 years as a pioneer in the field of children’s music Chapin is, as noted in the New York Times: “one of the great personalities in contemporary folk music.”  70 will be released by Sundance Music June 2.

Twelve of the fourteen songs on 70 – Tom’s 24th album overall – were penned by Chapin, often with long-time collaborators Si Kahn, John Forster, Michael Mark, and Jon Cobert. There are also two loving covers tunes: one by his old friend Pete Seeger as well as a Steve Goodman chestnut.  These songs span a wide spectrum of styles and themes: a modal banjo tune next to a folk blues; a bittersweet lost-love song next to a defiant anthem addressing the environmental crisis in Bristol Bay, Alaska; a celebration of the birth of his first granddaughter next to passionate lobbying for including arts in the schools. Again and again this album reminds the listener of the power of a song well-constructed, well played, and well sung.

Chapin and his bandmates of 27 years, Jon Cobert and Michael Mark, provide all the instruments and vocals on 70, with a few notable guests. Tomʼs daughters Lily and Abigail (The Chapin Sisters) bring their strong and angelic voices to “Quite Early Morning,” written by Pete Seeger. Guy Davis, bluesman extraordinaire, contributes harmonica to “Put A Light In Your Window.” John Guth plays second acoustic guitar on “Guitar Child,” and introduced Tom to violinist Cenovia Cummins, who adds just the right fiddle touch to several tracks.

“I’m at that place in my life where I follow what interests me,” Chapin explains. “I still love the guitar, I still love to sing, and I still love the thrill of creation: a good song, a good recording, a good concert. I feel blessed to be my own boss, creating my own material and performing for so many different audiences, and generations.”

Tom Chapin has carved out two parallel careers in folk music – as a gifted folk-based singer/songwriter as well as “the Pied Piper” of family music. He started singing and playing guitar in a trio with his musical brothers Harry and Steve, inspired by the recording “The Weavers at Carnegie Hall.” Tom released his first solo work in 1976.  Since then he’s released 23 more and given thousands of live performances, including innumerable benefit concerts. He’s appeared frequently on TV and radio, documentary and feature films, and is a beloved narrator of children’s books.

Tom is a long-time board member of WhyHunger, which seeks innovative “community-based solutions to hunger & poverty,” remains active in a variety of environmental causes, and is a strong voice on behalf of music and the arts in our public schools.