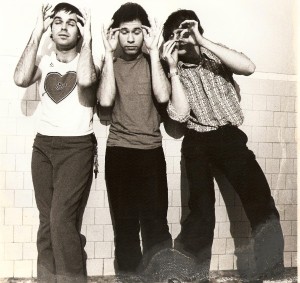 The Afrika Korps (1977)
Many assorted musicians from The Look, Slickee Boys, Gizmos and Teenage Boys, etc.
Albums
Music To Kill By (Gulcher) 1977
reissued on CD (Gulcher 405) 2001
HW contributes bass and vocals to Till The End Of The Day, Breaking Out, Iggy (recently re-issued on Gulcher Records)

Howard has been writing about music since the 70’s, starting with his high school newspaper “Petrock,” then his college paper the Rutger’s “Targum” and thereafter for Zoo World, The Village Voice, Creem, Washington Post, Spin, Forced Exposure, Jersey Beat and Your Flesh.